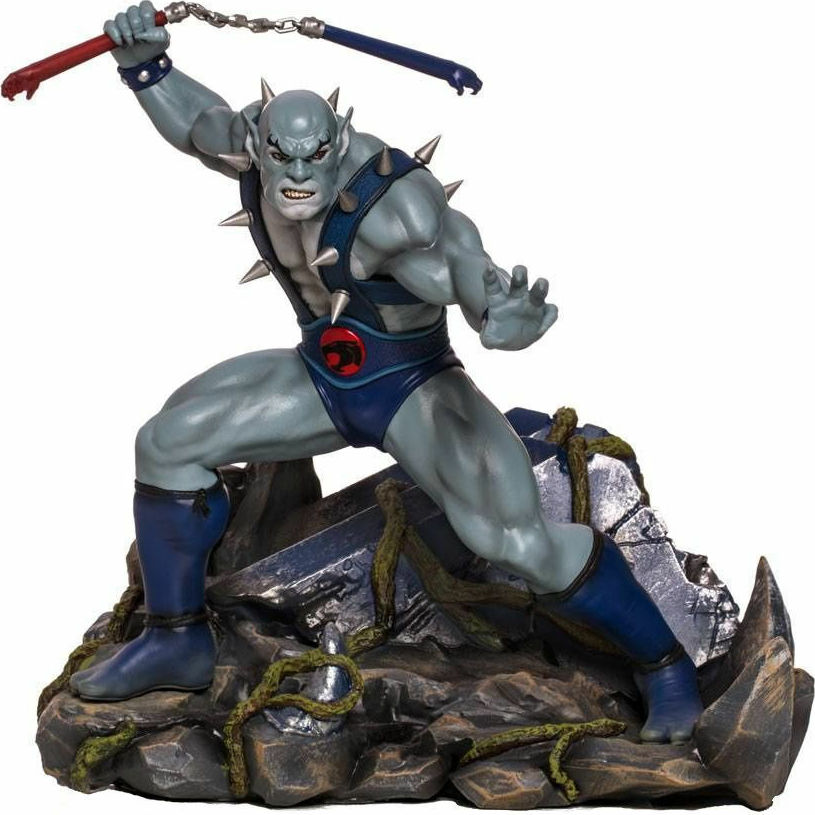 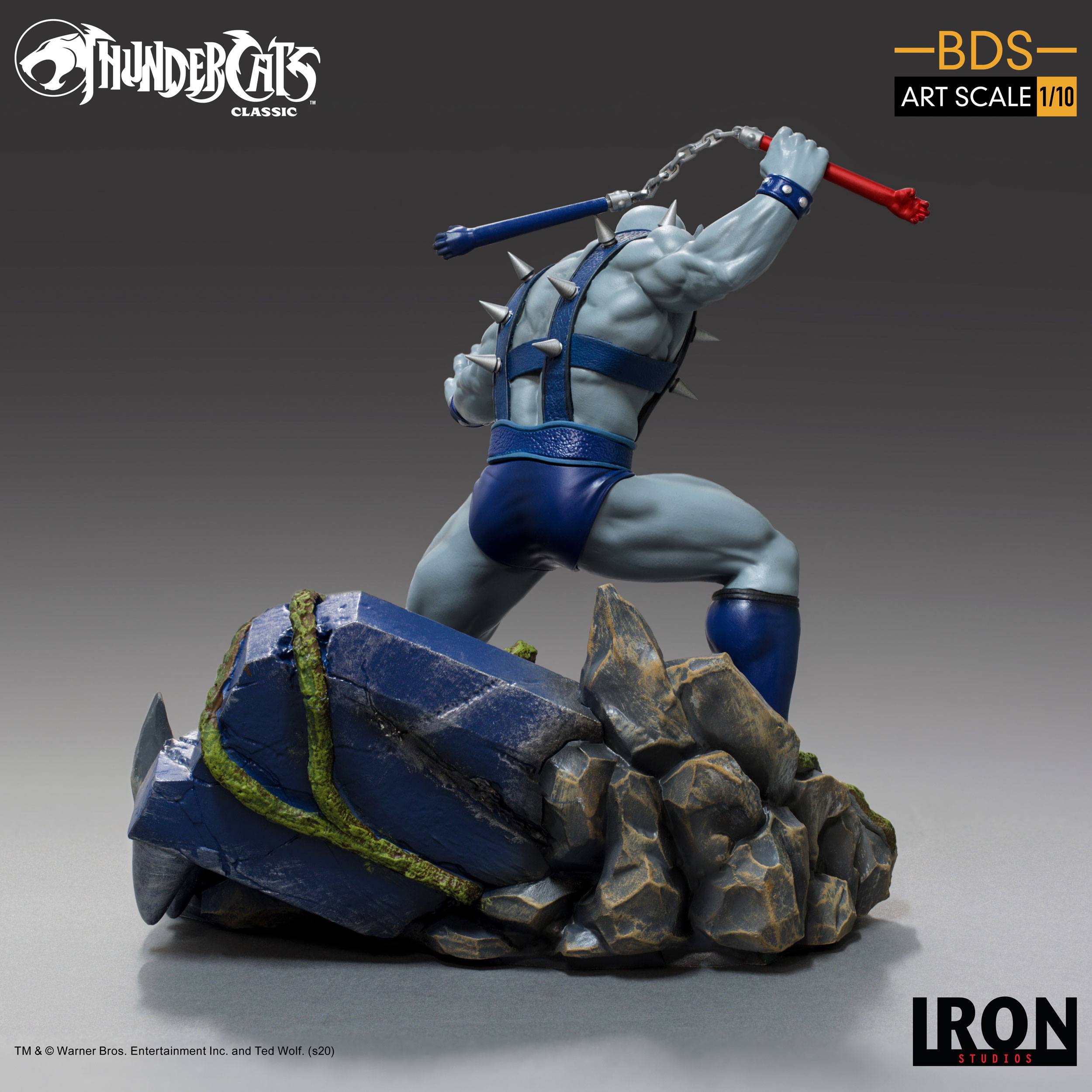 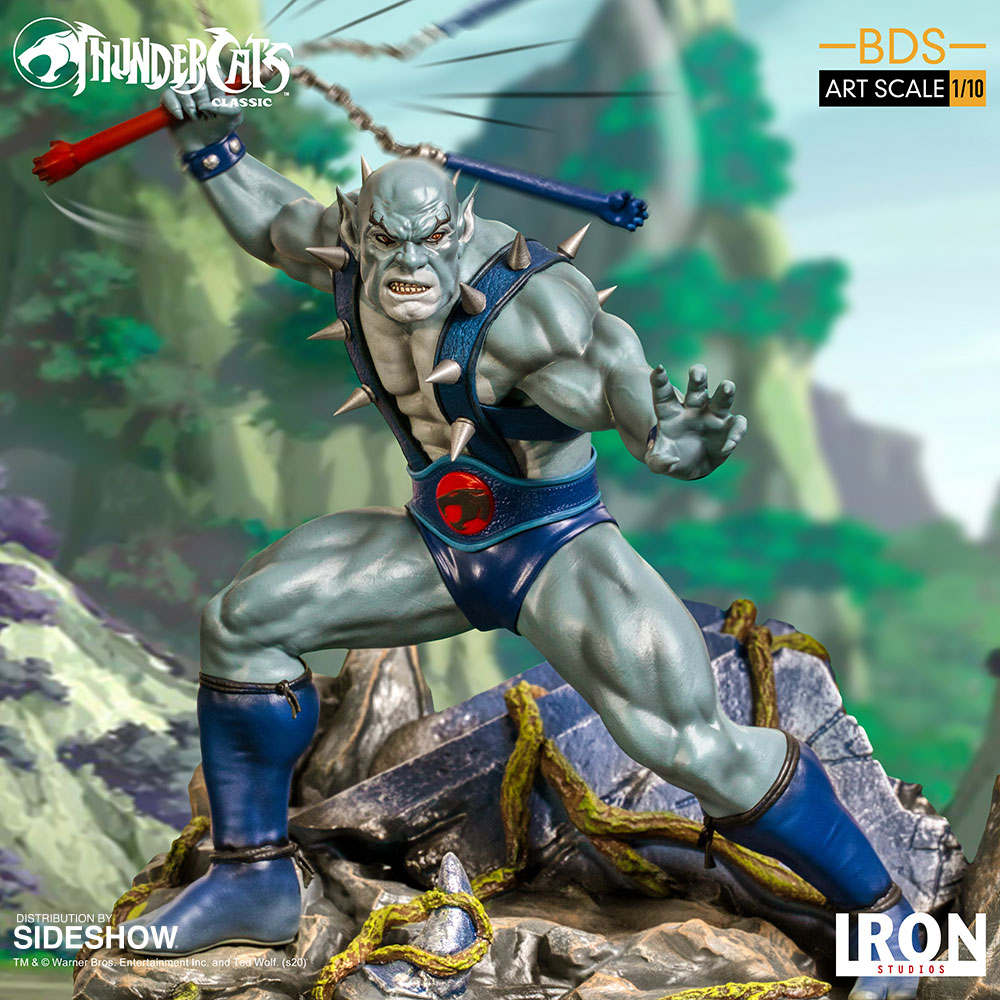 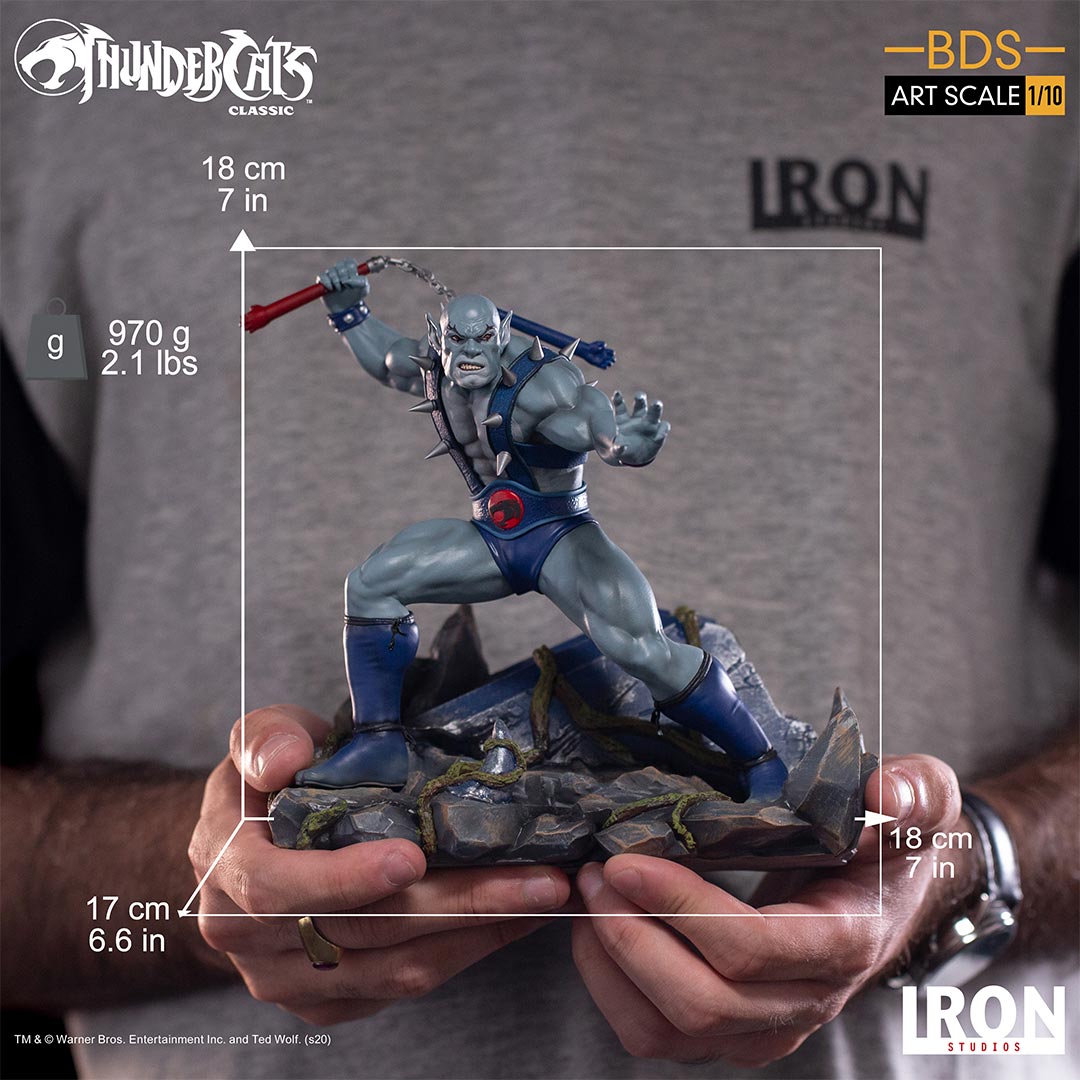 Panthro is the one with the greatest physical strength in the group and is a master in martial arts, in addition to being an expert in mechanics and advanced technology. Among his creations, the following stand out: the ThunderTank combat vehicle, the space ship: Feliner used for the space adventures; the boards of the characters Willykit and Willycat and the aerial vehicles ThunderClaw and HoverCat.

His weapon is the nun-chuck, which holds a number of concealed substances, usually gaseous, but generally the weapon is used in hand to hand combat. Panthro also has spikes attached to his shoulder straps that can extend or can spring out attached to some sort of wires or ropes. It`s weak point is the fear of bats.

Iron Studios presents Panthro BDS Art Scale 1/10 Statue from Thundercats. Our hand-painted collectible statues and toys are the best gift for yourself or loved ones.

Grow your collection with this Thundercats Collectible Statue!
License: Thundercats