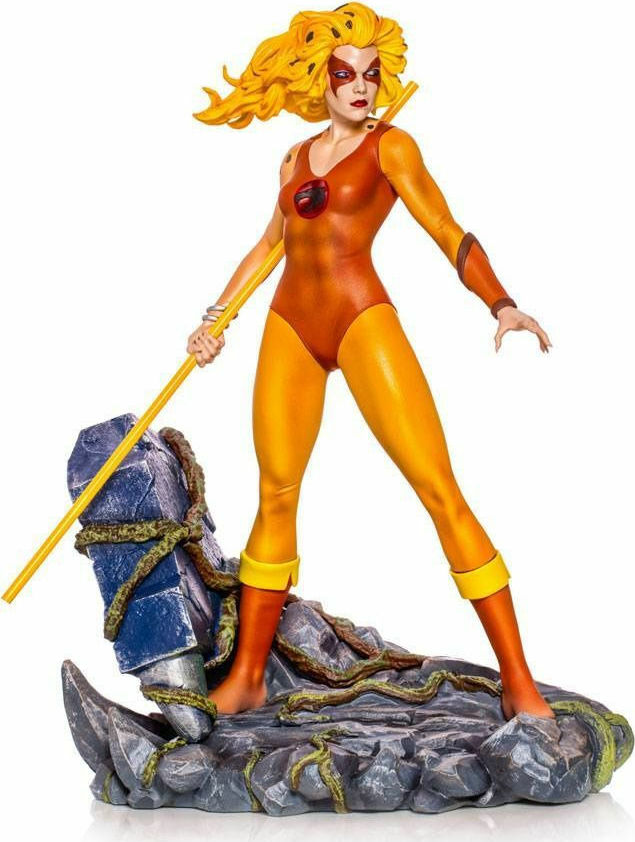 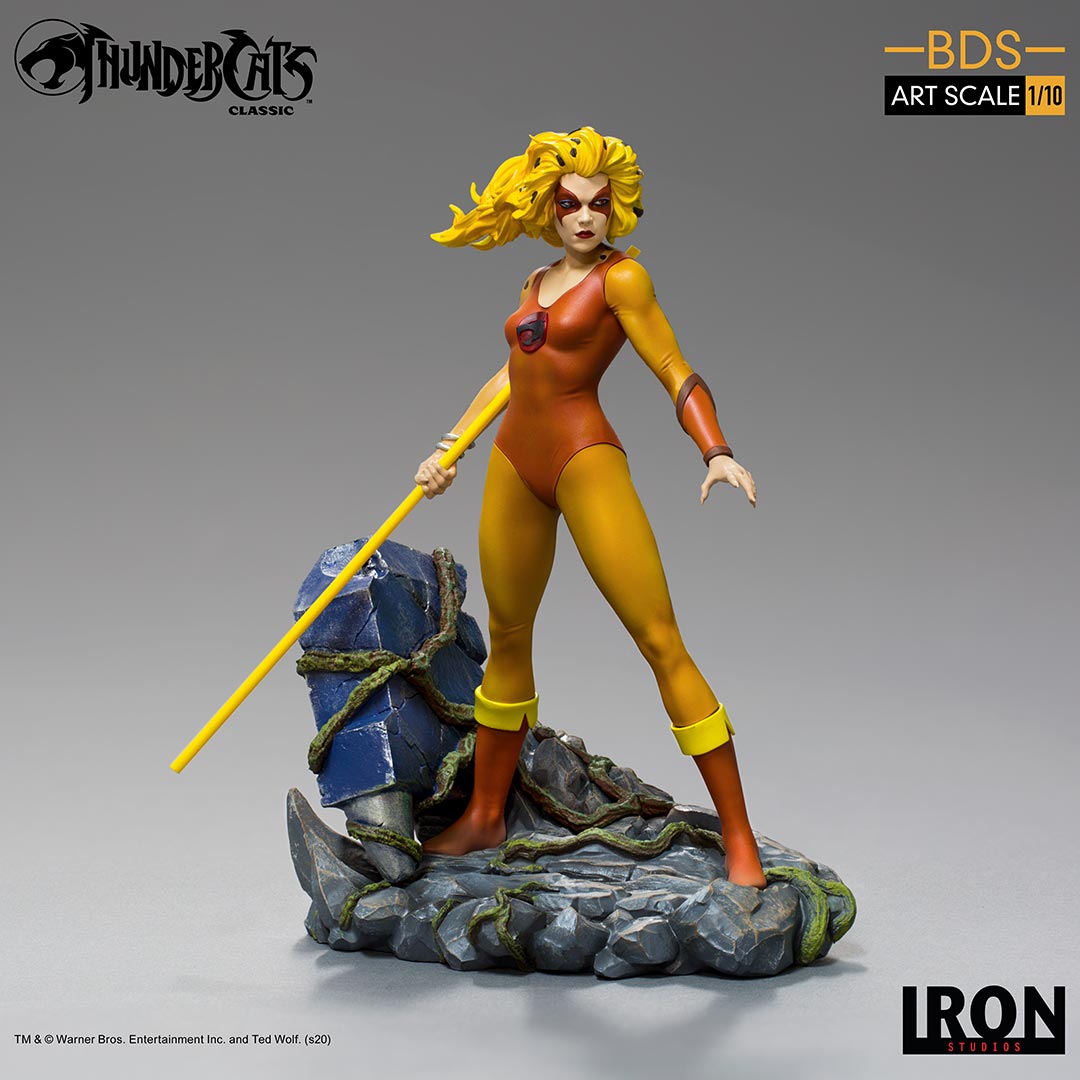 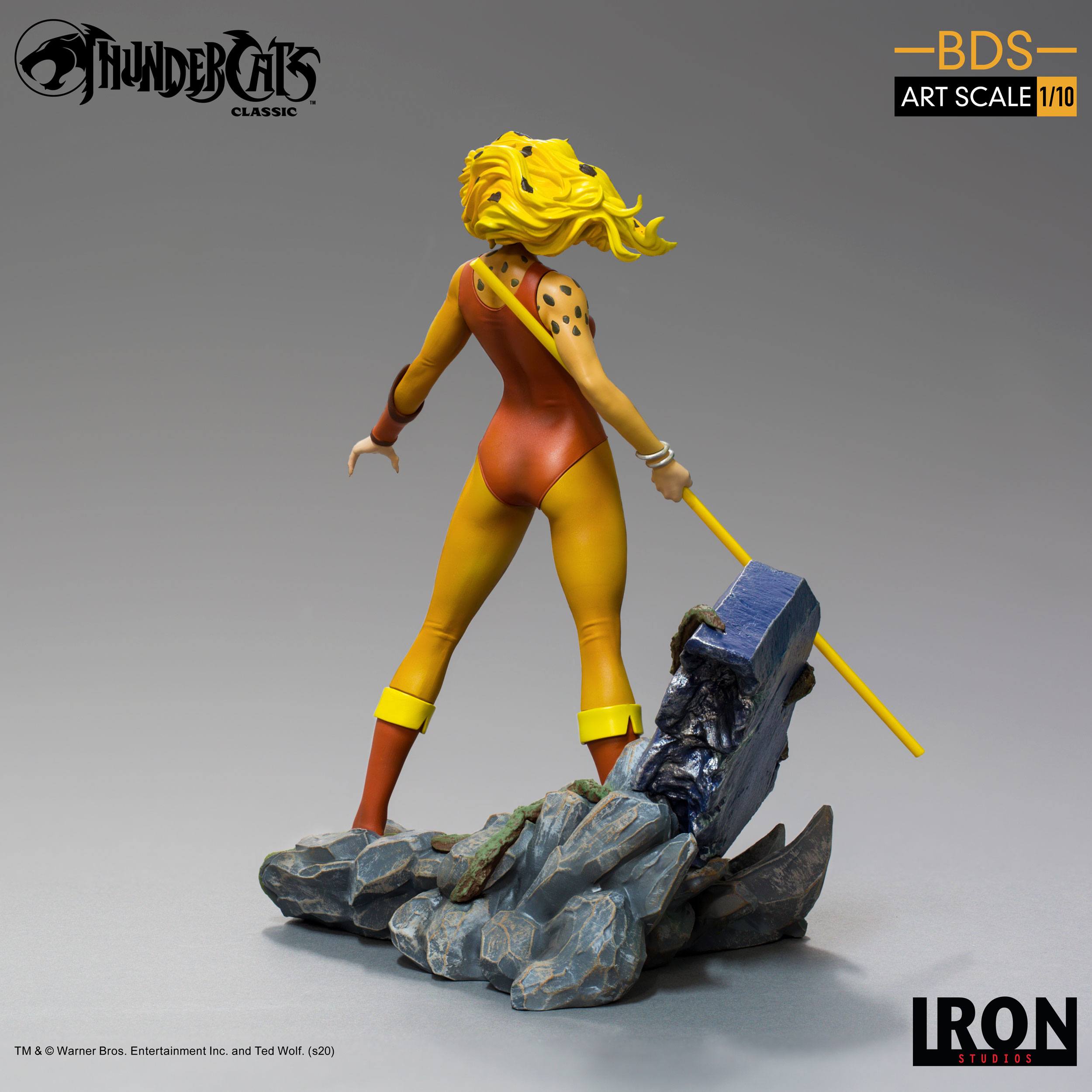 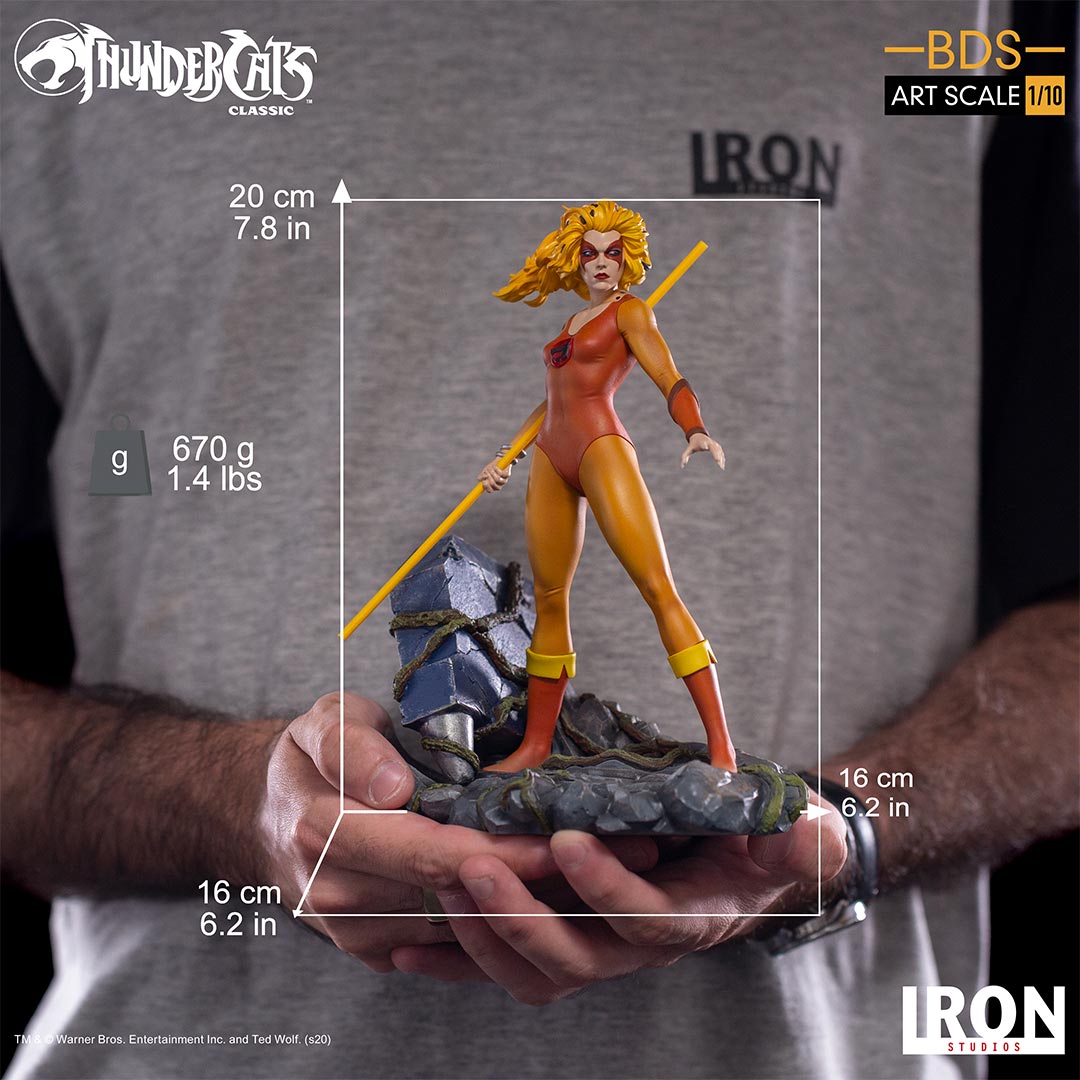 Cheetara, the adult female representative of the group is a great warrior with impressive fighting skills, but her main power is her super speed, superior to any motorized land vehicle. However, it can only maintain this speed for short periods of time and distance, and can suffer from exhaustion if it exceeds this limit. Cheetara also has psychic powers like premonitions and visions, of which she has limited control and that makes her weaker.

Cheetara`s main weapon is the bo staff, which is attached to a cuff on her arm when not in use. It can extend to any length, and shoots out energy beams. In addition of being a powerful sorceress trained by Jaga. Her weak point is claustrophobia.

Iron Studios presents Cheetara BDS Art Scale 1/10 Statue from Thundercats. Our hand-painted collectible statues and toys are the best gift for yourself or loved ones.

Grow your collection with this Thundercats Collectible Statue!