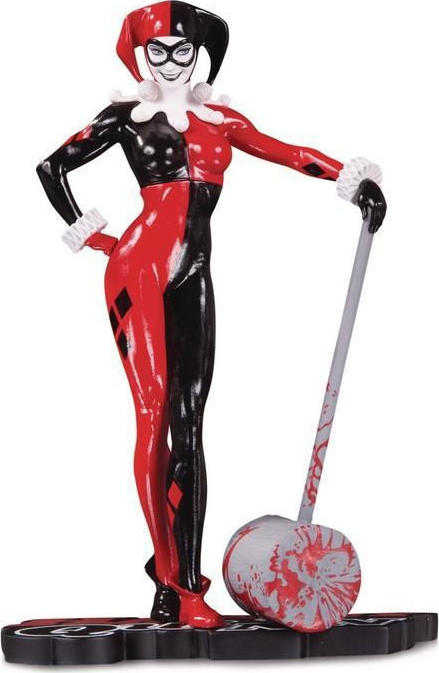 Joining the ensemble of statues in the Harley Quinn Red, White & Black line is a 7" version of Adam Hughes's take on the Clown Princess of Crime. Originally a 9" statue seen in the DC Cover Girls statue line, this new piece will feature Harley in the colors red, white, and black only. This was such a popular design back in 2010, it was a no-brainer to add it to Harley Quinn Red, White & Black. Limited to 5,000 pieces and individually numbered. Statue measures approximately 7.3" tall.